"A job well done... some of our case from our history of experiences or a current case of legal interest
Put our expertise to work for you. At Michael D. Howard and Associates Private Investigating, we are proud to have received the following recognition for our contributions to the community as a premier provider of private investigating services for the area.

For more information, please
"Michael D. Howard and Associates Private Investigation services is the best place in town for customer service. You will be very happy with the results."

News & Reviews of Past & Current Case Assignments of Public Interest
Case Background: It was July 1994 when an explosion occurred at the Semi Valley Santa Susan Rocket testing field lab which was being operated by Rockwell  Corporation. Two respected scientists died in the resulting blast that day. On day later 6 Russian Scientist from the Soviet Union showed up for an appointment with the now  dead scientists.
Defendants charged with Negligent Manslaughter:As a result of the explosion, Rockwell was charged in federal court with the wrongful deaths of the 2 scientists, along with numerous charges of dumping hazardous materials i.e. energetic explosives.
Investigative Services Provided: Larry J. Larson, by whom I was employed, was retained by the Law firm of O’Melveny & Meyer’s as the principal defense investigator on behalf of defendants.
Your Investigator was tasked to make extensive on site investigation of both the Rocket Lab and the Atomic reactor site. Many hours were spent in detailed Library research of the projects of the decedents. Extensive testing and recreation of the events of that day were conducted at out of state sites. As a result of these activities,it was determined that the deceased where contractors for National Security administration and the Central Intelligence Agency. They had extensive involvement in developing defensive avoidance  systems for our countries nuclear  guided missiles.
Successful Outcome for Defendants: Our investigations and successful application of our finding   by defendant’s legal team resulted in all charges, save one misdemeanor complaint for dumping, being dropped against Rockwell Corporation. Plus Rockwell  walked away, to the dismay of CA State, Ventura County & Federal authorities, with a Several Hundred Million Dollar contract for environmental site clean-up.
One thing can lead to another/Side Note of Interest & Background: This case assignment was awarded, in part, to Larsen Investigations based on a prior assignment by Rockwell Aero Space Corporation in which I was able to furnish information/ proof that they did not contaminate a property which they had acquired. I was able to prove through examination of aerial fly by photos that the contamination had occurred prior to the completion of construction of the 101 Freeway section in the Newbury Park area. Rockwell was saved millions of dollars in clean up costs.
Millions Made by Additional contractor steaming from my prior Field Lab involvement: In 2000 I was again involved ever so slightly with activities that involved the deceased scientist. I was retained to act as investigator and site Project Manager for a hazardous materials clean-up at the China Lake Naval  Air Base, Ridgecrest CA. That is a bombing range. Like the Field lab in which I got to watch fire, roar and sounds of rocket engines being tested, here I got to see lots of big bombs being dropped. Of interest it turns out that I found out the deceased scientist, unknown to me, had been taking those energetic explosives that got them killed by a back door route to the China Lake Air Base prior to their deaths.
Because I had been involved in documenting the residues left by such explosive materials  I was able to determine the location and buildings that bore the tale, tale signs of the use of those energetic explosive materials. Well to make a long story short the contractor was awarded several millions of dollars in extra contract fee’s due to the change of conditions, i.e. unknown hazardous materials that would have to remove under different conditions that what the contract initially provided for.

This page is under construction 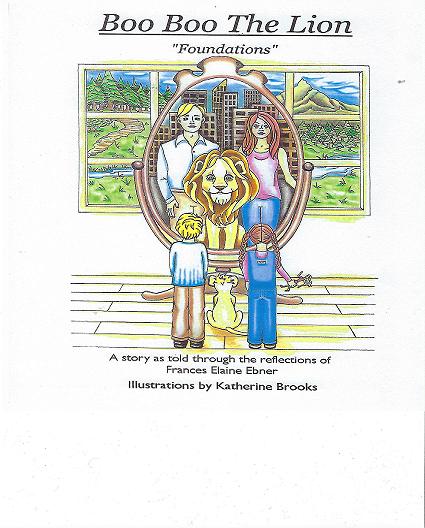 
Additional Case Reviews:
(1)  Current Civil Rights law  2020,  As Petitioner against Major private University and Los Angeles Police Department. The issues involved  the legal  Right of Action. At issue is right of citizens to carry out court ordered activities  or those codified in law and to sue agencies of government who interfere with those lawful activities . Current law attempts to assert citizens have no right of action in court where government legislative mandate asserts only the agency of government has the right of action and redress of violations certain  of laws. Your investigator is asserting that citizens of United States and those under its jurisdiction have a fundamental right to redress of grievances. Especially in all lawful acclivities pursued by US Citizens under the authority of law.  ​
(2) The case of the White Rabbit. A tale of harassment of personnel of the CA Department of Justice, AG's staff involving hundreds of  spoofed/cloned phone numbers made from pay phones. This was  part of sophisticated network of harassers .Their activities included hacking the victims  bank accounts and making spoofed phones in which the caller ID's showed the calls emanated in many cases from 911 call centers The perpetrators would months in advance establish credit and activity/social network links to non involved persons in the vicinity of the pay phones used for the spoofing calls. After months of investigation our offices completed a detained multi page report and referred this matter to the Federal Bureau of Investigation. It still remains unresolved to the best of our knowledge
(3) Murder via the Orient Express. Homicide Investigation for which I was retained  caused me to play James Rockford role in a court room drama. DA office  and defense counsel implied and accused me of involvement the vary ritual homicide of a Muslim  women whose case I was retained to investigate. The was slaying was exactly  akin to the murder described in Agatha Christie's detective novel. However  It turned out for me  one of those you solve it or your it. Fortunately after 7 days of court hearings the presiding judge of all the courts found I was not involved. The matter happened as the result my telling police that a  traffic officer , who disappeared from his job post, was the one who help commit the murder. Someone did not like that so the ADA fingered me for the fall guy. Interestingly  it was members of  District Association of Southern CA who agreed to come to my defense if need be..